How to make a temporary importation of a car in Ukraine 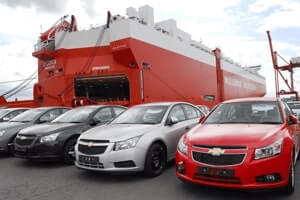 In the period from 2016 to 2018, more than 2 million vehicles with foreign registration were imported to Ukraine for temporary use. Today in the country there are approximately more than 300 thousand such cars. It is much more profitable to buy a car in Poland, in Lithuania or in other European countries, since the prices there are much lower. It happens that buying a new car on “Euroblach” is cheaper than buying the same used car in Ukraine. Thus, it will be easier for any Ukrainians to buy a car in Poland for $ 3,000 than a similar car for $ 6,000 in their own country. A big disadvantage of buying a car in foreign rooms will be customs clearance, which is very expensive (sometimes 10 times more expensive than it would cost in Poland). In order not to pay for customs clearance and buy a car cheaply, there are different schemes.

Cars from Poland with the right to travel around Ukraine can be obtained in several ways:

Most prefer to buy an already-fitted car or buy a car with the help of foreign companies.

How much does it cost to clear a car in Ukraine?

July 11, the Verkhovna Rada of Ukraine introduced new bills, for which the auto excise tax in Ukraine will cost at new prices:

Previously, the cost was determined by the formula which took into account the country, volume and type of engine, price abroad and age of the car.

Thus, you can buy a car in foreign numbers without spending money on customs clearance, but after the introduction of the draft law adopted by the Verkhovna Rada of Ukraine on July 11, 2018, it will become much easier to clear the car.

Calculation of the cost of customs clearance of cargo

Please fill in the fields below and we will contact you to discuss all the details.

© 2020. Use of site materials is allowed only with an indication of the active link to the source of the material.